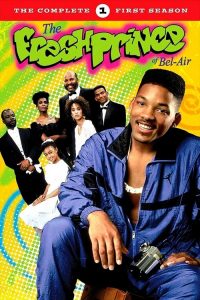 The Fresh Prince of Bel-Air: Season 1

The first season of The Fresh Prince of Bel-Air premiered on September 10, 1990 and aired its season finale on May 6, 1991. In the Pilot, Will Smith is revealed as a street-smart teenager from West Philadelphia, who is sent to live with his wealthy relatives in a Bel Air mansion. His relatives include Phillip Banks, Will’s strict and gruff uncle, and Vivian Banks, Will’s no-nonsense, forthright, and career-minded aunt. Other members of the Banks family include Carlton Banks, Will’s preppy and arrogant cousin, Hilary Banks, Will’s attractive but dull-witted, eldest cousin, Ashley Banks, Will’s youngest cousin, and Geoffrey, the family’s cynical Butler. Will’s lifestyle often clashed with that of his relatives there, and frequently got him or other members of the family into trouble as well.