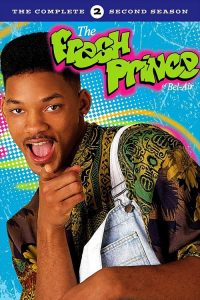 The Fresh Prince of Bel-Air: Season 2

Season two of The Fresh Prince of Bel-Air premiered on September 9, 1991 and aired its season finale on May 4, 1992. In this season, the kitchen and living room sets of the Banks mansion were rebuilt much larger with a more contemporary style as opposed to the much more formal style of the first season. They were connected directly by an archway, allowing scenes to be shot continuously between the sets. Will Smith, James Avery, Janet Hubert-Whitten, Alfonso Ribeiro, Karyn Parsons, Tatyana M. Ali were present for all episodes. Joseph Marcell was absent for two episodes.