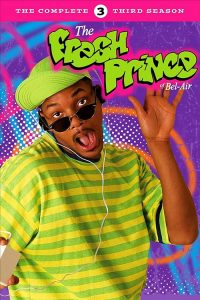 The Fresh Prince of Bel-Air: Season 3

The third season of The Fresh Prince of Bel-Air premiered on September 14, 1992 and aired its season finale on May 10, 1993. This would be the last season for Janet Hubert-Whitten, who was fired from the show following her pregnancy and difficulties working with the cast. She was replaced by Daphne Maxwell Reid in the show’s fourth season and for the remainder of the show’s run. Additionally, the character Nicky Banks was added to the cast toward the end of the season as Phillip and Vivian’s newborn son, due to Janet’s pregnancy.